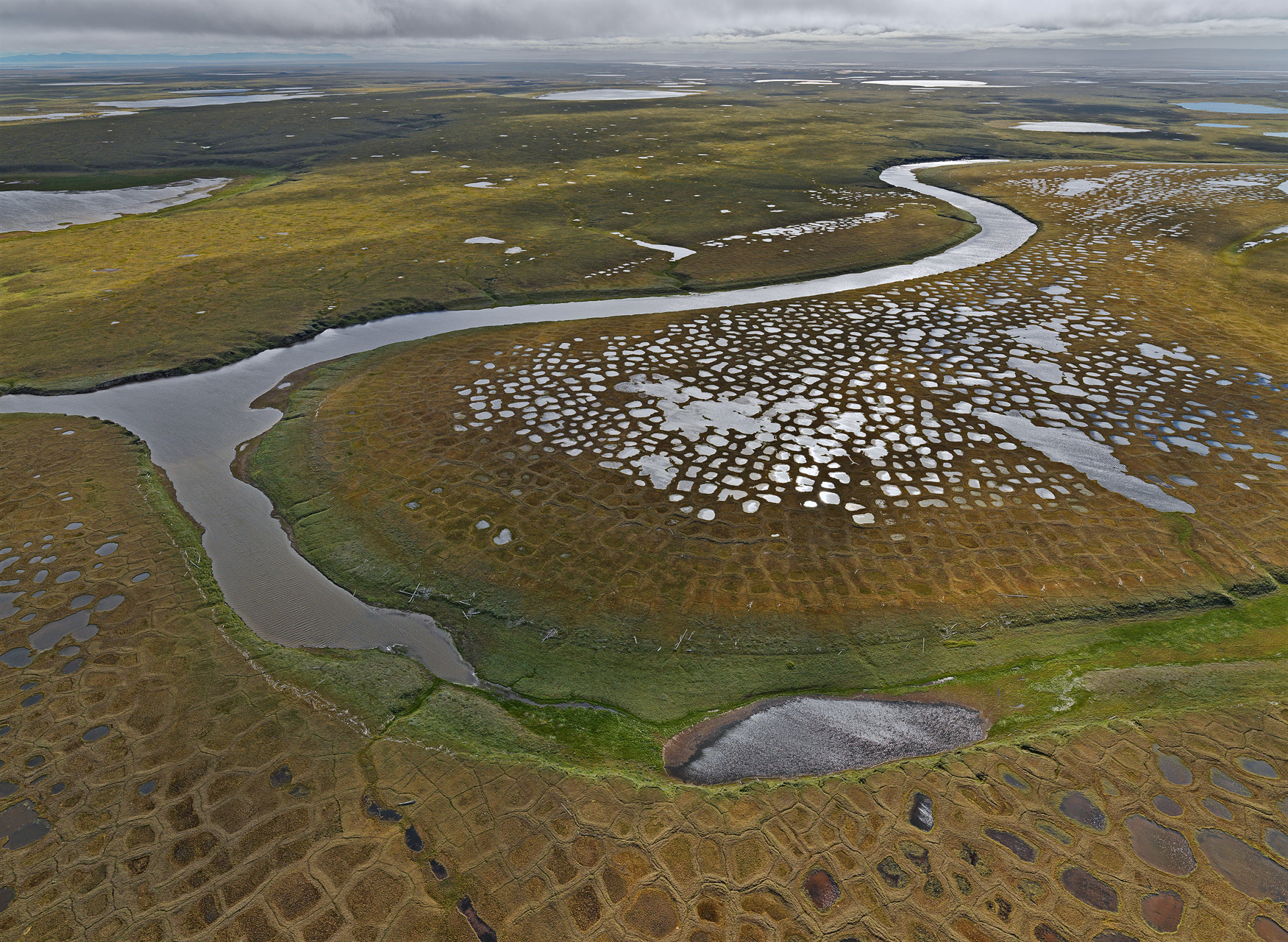 Climate change is causing the permafrost soils not only in the Lena Delta, but in the Arctic as a whole to thaw at increasing rates during the brief Arctic summers. The deeper layers, along with the tundra vegetation embedded in them and frozen there for centuries, are also melting. The remains of the plants are starting to decompose. This produces the greenhouse gases carbon dioxide and especially methane – the latter has a much greater impact on climate change as it accelerates the rise in global temperature. (aerial view)