Lake Natron 02, Tanzania/Colours of the Earth 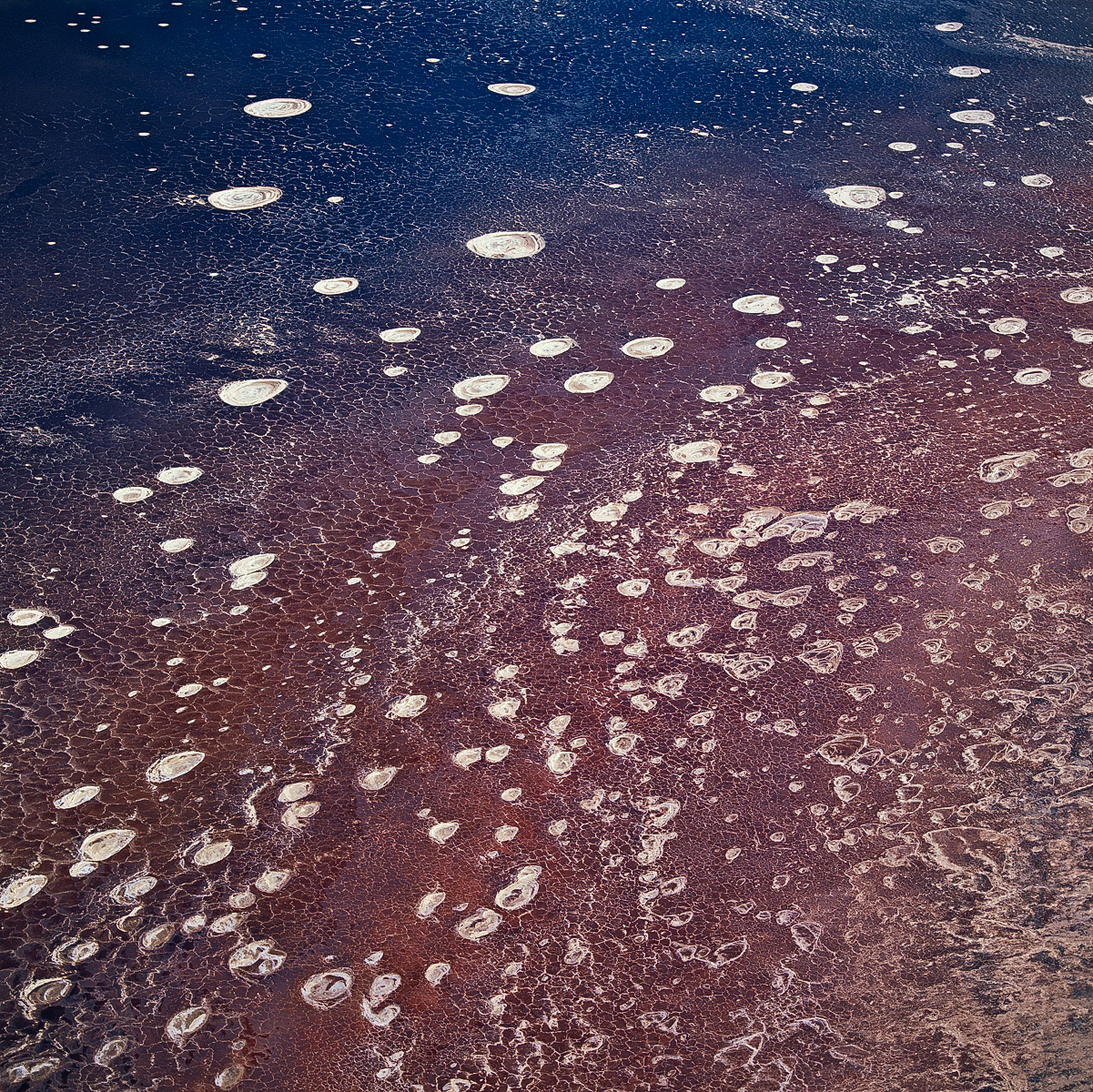 Lake Natron 02, Tanzania/Colours of the Earth

These photographs show the dark salt swamps that spread around and through Lake Natron in north Tanzania, from which no rivers flow. Some 55 kilometres long and 20 kilometres wide, the lake is situated in the Great Rift Valley, a tectonically active zone, surrounded by five volcanoes. Even the bottom of the lake consists of volcanic rock, where soda minerals dissolve in the water. In the hot, dry climate of East Africa, the water evaporates at a rate of 1,200 to 1,500 millimetres per year, three to five times higher than the annual rainfall (400 to 500 millimetres). Following evaporation, the soda becomes concentrated and mixes with the silt that was washed into the lake during the rainy season to form a thick crust. The hot springs arising from the bottom of the lake leave behind white swirls of soda mineral deposits. The silt also gradually dries up, and as the moisture in the ground escapes, a network of cracks forms in the surface, lined with light-coloured salt particles. (aerial view)