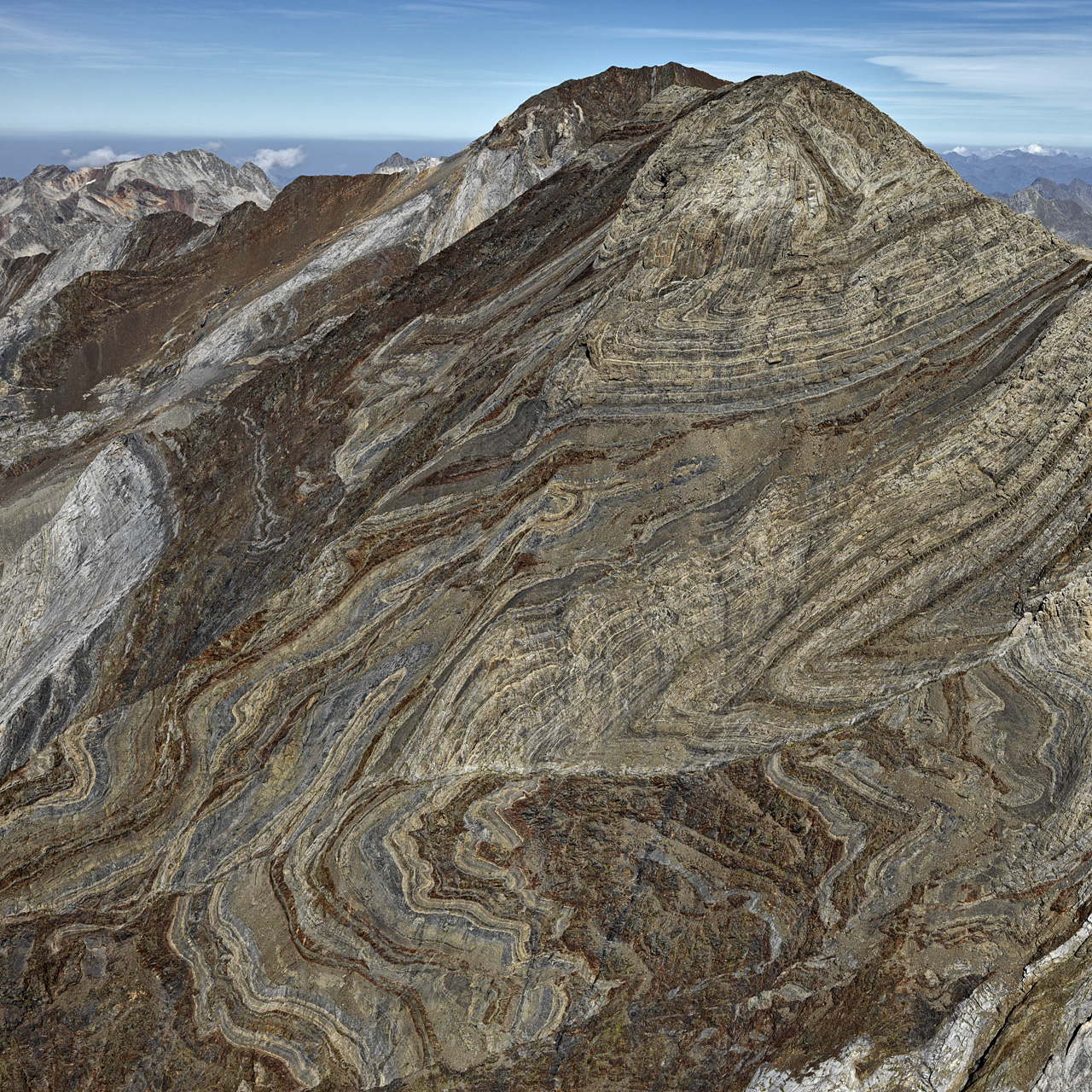 Lardana is a prominent, 3375 m high mountain in the Spanish Pyrenees near the border to France. It is the result of two orogenies: At first its rocks were folded and squeezes around 310 million years ago, when the  the Iberian microcontinent crashed into the Eurasian continent. Later, when Africa drifted against Eurasia and the Alps developed, Lardana's rocks were pushed up. Today they build the second highest mountain in the Pyrenees. (aerial view)